Working on the SSSSSS

First of all I want to boast with a new coverdesign, which is going to be the front and back cover for a print version: 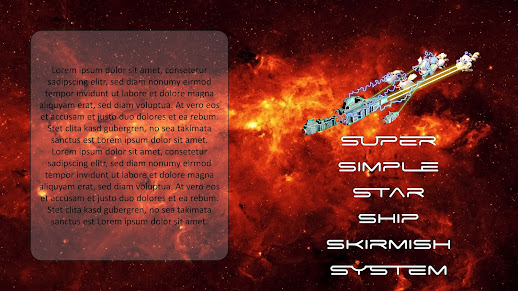 The two fleets depicted are courtesy of two awesome members of the Super Cheap Wargaming group at facebook!

I received a playtest report! YAY! There is nothing cooler for a gamedesigner than seeing other people playing his games! 😃

* "Stat 6 ships are autohitters". That's true. I've got an approach for this, which includes rolling more dice to the mechanics of a "success-system":

A ship's stat equals the number of dice it gets to roll to attack an opposing ship.
Each result of 5 or 6 on a single die is a success.
For short range, the attacker receives a +1 (success on 4,5,6), for long range a -1 (success on 6 only).
The formula 7-(ship's stat) gives you the number of ship's defense dice.
Attacker and defender roll their dice. If the attacker rolls more successes than the defender, the defending ship is damaged / destroyed.

By using this mechanic, I could implement a "hull point" system, where you have to shoot down the hull points of a ship before it gets destroyed. I just need to figure out, how to balance those ...

* "Low stat ships are slow". Also true. The current iteration of the rules recommends placing the ships on a 2"x2" base and using 2" as the scale for 1 step.
I need to add into the rules that a ship MUST move at least 1 step and may only move full steps!
So, even with a movement of just 1 step a ship technically moves 4" - which is few, but at least a visible bit on a 3'x3' area.

* "Low stat ships cannot hit their opponents and thus are useless". Well. That depends. In a carnage scenario, this might be true. However, in the "pickup from asteroid base" they are the ships carrying the cargo. They are not meant for hitting hard, but for protecting what they are carrying! Now watch your opponent deciding between having to hit your lighter ships in order to not get harassed or shooting your heavy ship in order to prevent it from scoring victory points!

Thanks for reading and kind regards,

Check out the latest iteration of the rules here: https://bit.ly/SuSiStShSkSy
If you want to playtest the game, too, please do take the "success-system" as described above instead of the "auto hit" system into consideration!
Also, if you think you figured out, how to implement "hull points" into the system, please do drop me a note! 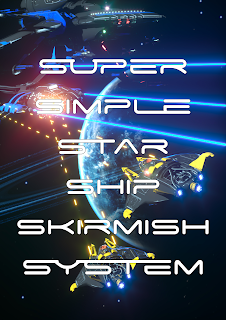 In the facebook group „Super Cheap Wargaming“ a trend occured:
Crafting spaceships out of clothespin parts.
Pretty awesome, if you ask me ..
However, the people there started wondering, which ruleset they could possibly use.
And while there are many rulebooks available for a price, the availabilty of free rules is scarce at best.
So I took some time and mixed some rules I have learned from another starship game with some other rules I‘ve written and that have proven pretty well balanced to create a fast paced star ship skirmisher.
And the best part is – of course, as with every other CatZeyeS game – the rules are here for free!
Currently I'm in the process of developing them - what I'm lacking right now are playtesters as well as ideas for scenarios.
I hope some of you guys do have some ideas - feel free to chat me up at FB, Twitter or reddit to talk about them. You can find the according links here on the right ->
And here comes the current draft of the rules:
https://bit.ly/SuSiStShSkSy
(sorry for the weird name ...)
Enjoy!
Kind regards,
Kai
um April 21, 2022 Keine Kommentare:

Create your own miniatures

Did you ever want to make your own miniatures, but did not know, where to start?
It's easy: Start with the KISS formula:
Keep it stupid simple.
Basically in every miniature game, fighters have at least one of the following three roles:
The melee dude, who likes to take the fight as close as possible.
The ranged dude, who likes to shoot.
The supporting dude, who does not exactly fight but rater uses his abilities to support the others.
Of course, combinations of these three archetypes are possible, too.
But for the moment let's focus on these three.
Because all you need now, are Icons - or rather: graphics - representing these roles:
A sword can mark the melee dude, a bow is a symbol for the ranged dude and a wand can classify the supporter: 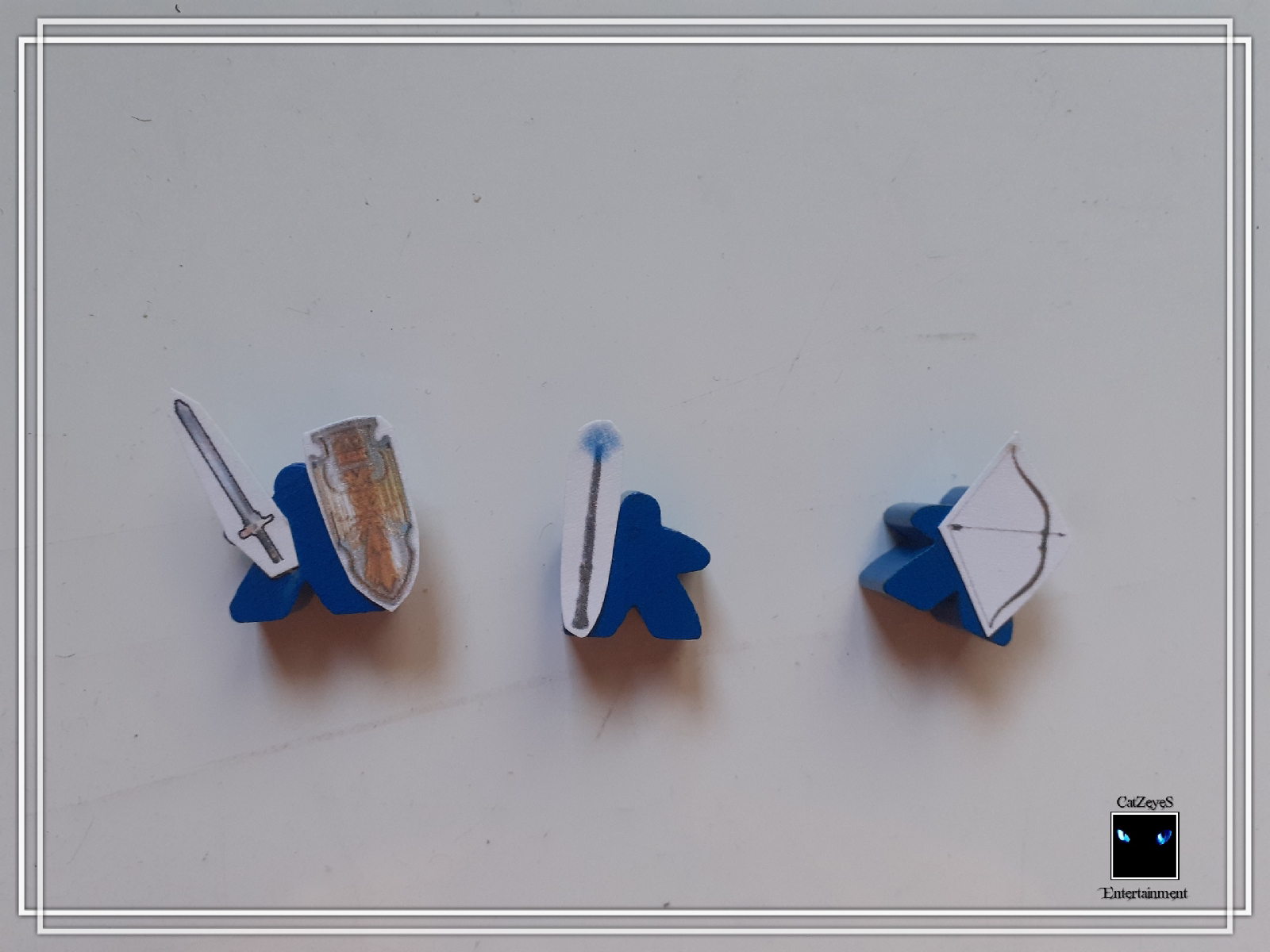 All you need to do is:
Find some graphics, print them out and Stick them to some meeples - voilá, your own miniature!
Ok, the shield here stands for "extra armour", but as you can see: anyone can be anything! It's up to you to create your own fighters and to unleash them on your enemy!
You need a game to play with those?
How about a nice game of Whack & Slaughter :)
um April 03, 2022 Keine Kommentare:

Photostudio - no need for something professional

I love looking at photos from miniatures painted by people with wicked skills.
One thing that never ceases to impress is a cool backdrop as well as a cool platform to put the miniatures on.
When I saw how a certain company selling minis take their product photos, I figured:
Actually it is DEAD simple to create your own "studio": 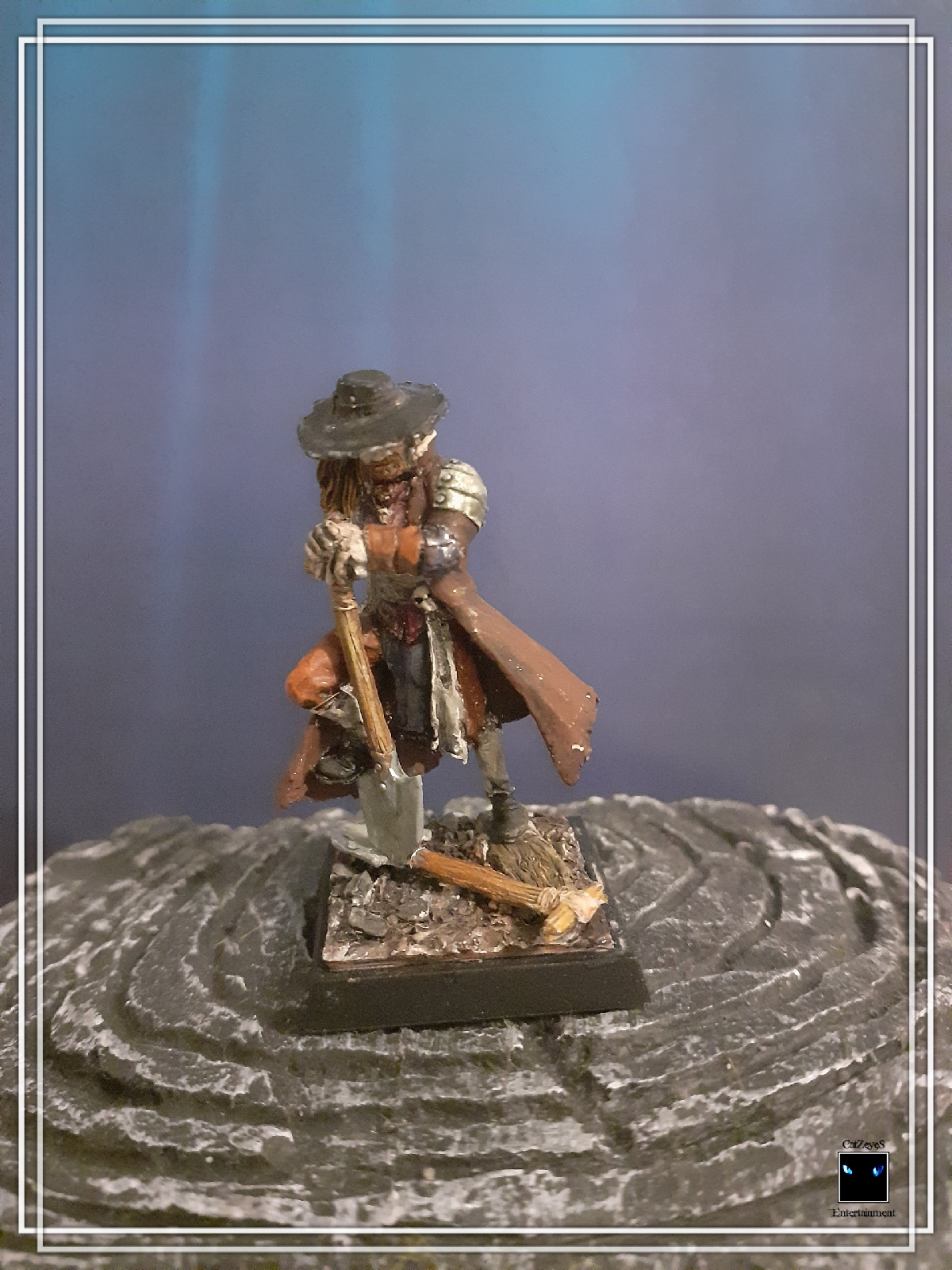 Looks nice, doesn't it?
Photo taken with smartphone, effects (borders, logo) inserted with a photo editing app on the same smartphone.
And this is, what it looks like from 3-4 feet distance: 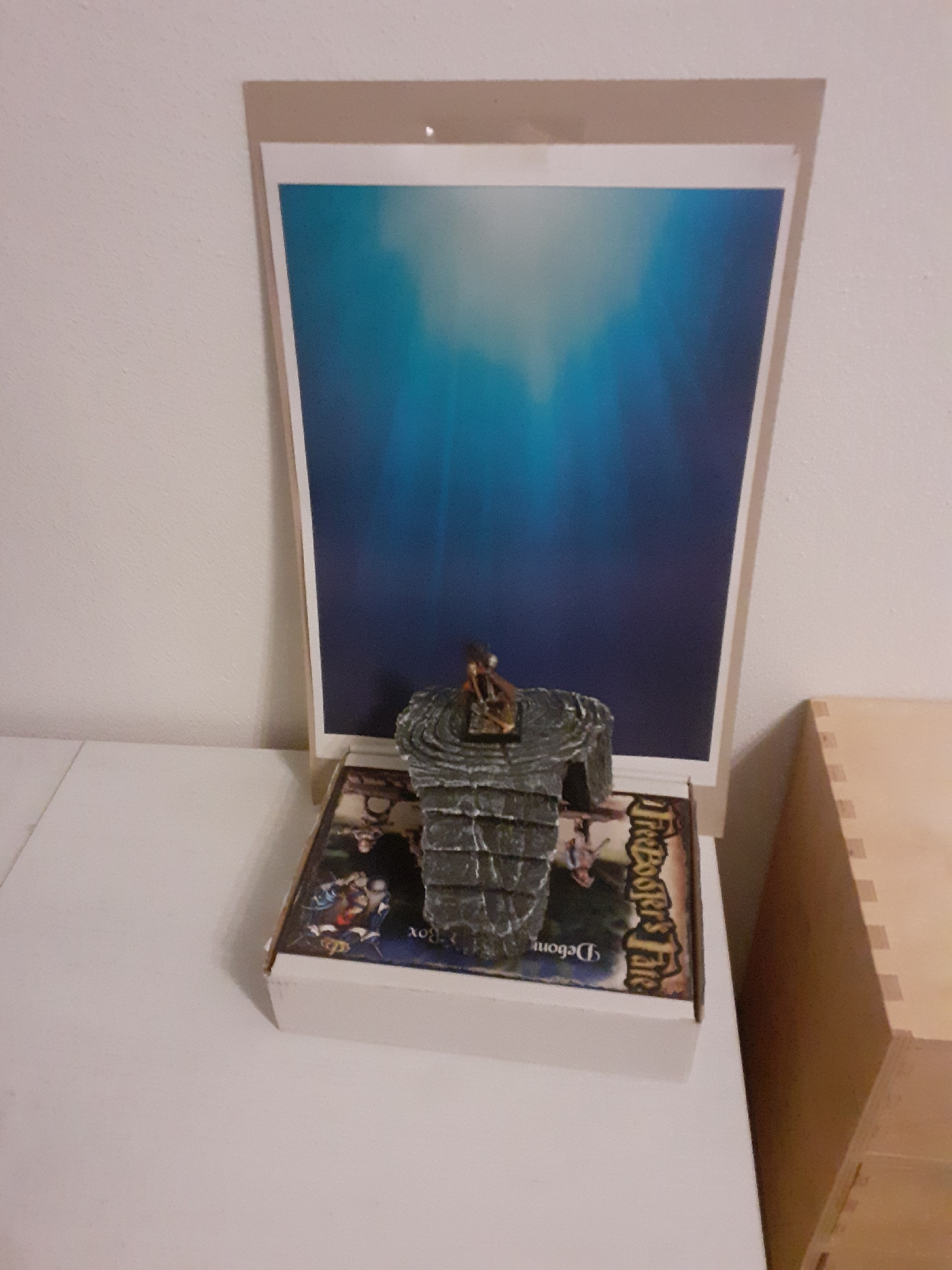 See?
Nothing special.
A printed sheet of paper with a backdrop Image scavenged from the Internet on a cardboard and the mini stands on a piece of fishtank decoration.
Voilá 😀
um März 30, 2022 Keine Kommentare:

I've created my first video in English! Please bear with me, as English is not my native language :)

Here you can see a demo game of "Duel" - the ultra fast paced skirmisher that plays in 15 minutes or less!

This is my first video EVER on YT!

It's in German and it is a Demo for Duel!

Treasures are all cool and stuff...

But have you seen those plants?
We've got some serious work ahead... 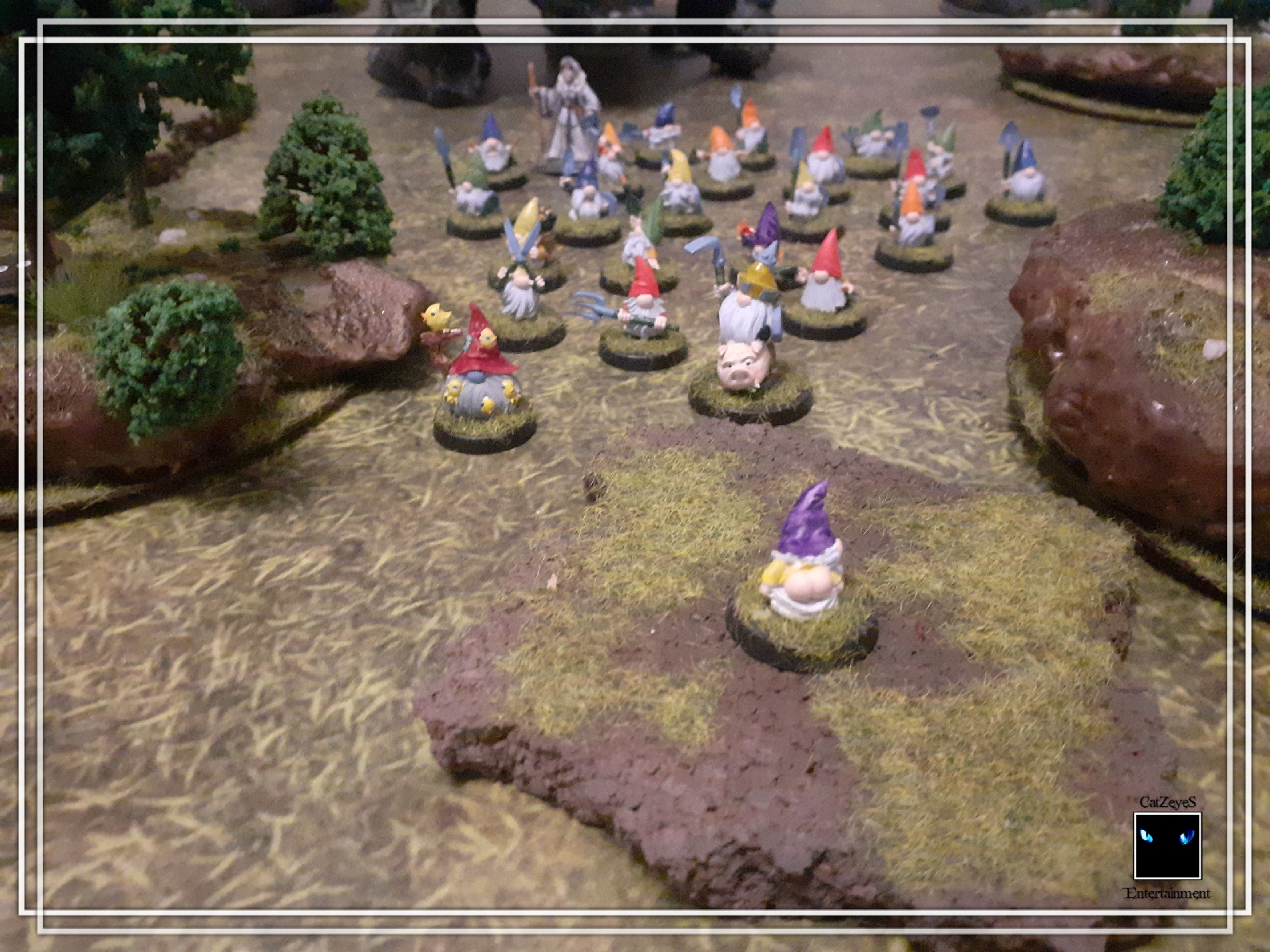 In the vein of German Lawn Gnomes, the paintjob has been kept deliberately simple on these!
Lawn Gnomes by www.thetommason.com
um Februar 26, 2022 Keine Kommentare:

Working on the SSSSSS

First of all I want to boast with a new coverdesign, which is going to be the front and back cover for a print version: The two fleets depic...